Before I start writing this article, I would just like to put a “disclaimer” that this article is only a speculation, not a roadmap for Valheim. These are thoughts and ideas of my own that I believe are going to be implemented into Valheim’s servers eventually.

What is a Valheim Server?

Valheim’s game in general is just incredibly amazing. The amount of activities and things you can do goes beyond my imagination! And considering the size of the game.. What a great job they’ve done.

* I’m also very proud to say that Iron Gate studios is a Swedish based company!

Considering all the things that you can do, you might want some help or just want some company from a friend or two while playing, that’s why there are game servers available for you!

There are several server providers at different price ranges depending on what you want your server performance to be at, but the usual costs is around ~$15 USD.

Right now the servers are completely “vanilla”, there’s no way to change the settings in any way to get more XP or resources, and they have a very good reason for this, which I’ll explain in this next paragraph.

If you didn’t already know, once you’ve created a character, you can jump between worlds with said character. You’re not locked to a singular world/save just because you created said character for that specific world.

This means that you can play on your own world (singleplayer) and still jump onto your friends world and help them out with your own character, without the need to create a new character.

This is a great concept, especially since this way you can always keep grinding on the same character without every having the lose the progress.

But there is one downside to this, that’s in case they are modding to they’re servers.

Adding mods to your server means that you’re modifying the base game to give it some extra “kick” or a change or adding something new.

Valheim doesn’t currently allow mods on their servers, but (hopefully) this might be available in the future!

For example; you might have heard of the game Conan Exiles?
This game allows modding beyond your wildest dreams. You could give players 100x more XP and resources, and no one would bat an eye.

I do hope that Valheim adds some mods in the future, not necessarily more xp or resources, cause due to the “cloud based characters”, this could be used as a cheat, jumping between servers to get resources and xp, etc. Not cool.

But perhaps if they added a “server based character” as well, but that’d require a whole lot of unnecessary work so I highly doubt it. Instead they might be able to add say; Map mods, building mods, custom UI mods, etc. The possibilities are endless.

I am very excited to see what Valheim’s got in store for the future.

Are you excited as well?

Thank you for reading my article, feel free to leave a comment if there’s something you’d like to say or ask! 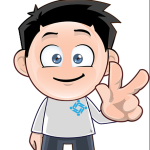